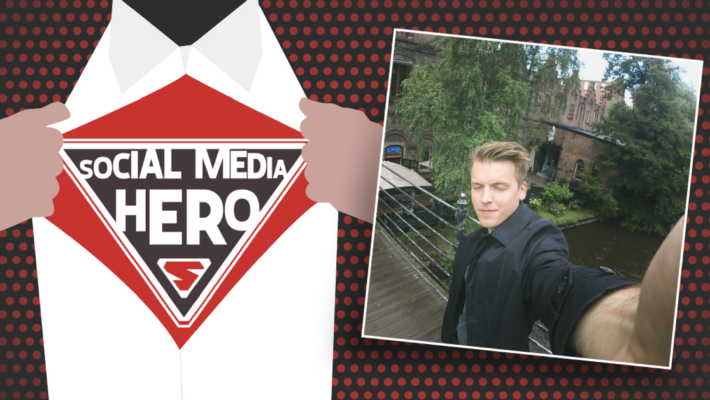 I figured out quite early that I was terrible at taking selfies. So I found another way to engage in social media. Hell – I even get paid for it now.

A blog post about the people behind social media

What do you do?

I come up with creative ideas and strategies for social media campaigns. A big part of my job is convincing people that my ideas are great. The second part is mostly about pulling strings in order to execute on said ideas. There is a fair bit of structure to it – but it’s mostly flexing your creative muscle in order to try and come up with original ideas that other people would like. The ideas need to promote and serve the needs of clients. For example I might need to promote a product or a service. I need to come up with a good method that would increase the chances of people buying that product or service.

Wake up, eat breakfast, brush teeth, sit behind my laptop and make sure that no impending disasters are afoot. Then I get to work. Most of my day is really spent on writing things behind my laptop and the other half is spent talking to people. Sometimes I design things, film things or record things. I call people to arrange meetings or to get information from them. Does not sound that cool now that I wrote it down – but I’m quite excited to arrive at work every single day.

Why do you do it?

There is actually a fair bit of challenge in organizing people and convincing them that your ideas are the best thing since sliced bread. I feel that I need to challenge myself constantly in order to grow as a human being and to develop my skill set further.

The first account I started managing professionally was actually TransferWise global account – which at the time was just the UK account. The reason I started doing it was… well, because nobody else wanted to.

Kristo (TW CEO) once told me that “you should not be afraid to hire people who are smarter than you”. Which turned out to be really good advice – I learned a lot from the people we hired and together we built something pretty dope. My entire experience in TransferWise was absolutely insane now that I look back at it.

It’s the war of art. You strive for attention and get paid with likes, shares and comments

I think my biggest achievement was figuring out how to turn social media into a self-education platform instead of a procrastination platform. It’s kind of ridiculous how much time we spend looking at commercials in our social media feeds while we could be learning something new and exposing ourselves to great new ideas. Oh, and building the global social media department in TransferWise was also a pretty dope challenge.

The stunts we did in TransferWise are definitely on top my list. I was lucky enough to be part of a ridiculously talented team and we pulled off some really risky stunts you would not expect a financial company to even consider. Like getting people naked in the middle of London and the sort. Here is a quick link to my favorite one that I was a part of -its a parade we organized for Halloween: http://www.wise.buzz/rip-hidden-fees/

I would love to take credit for coming up with those ideas, but that honor belongs to the ridiculously talented Daniel Sauva who was the mastermind behind most of the TransferWise marketing stunts.

I am a huge nerd so my dream list might look something like this:
DJ drones
Batman (anything Batman related really)
Nike
The Glitch Mob
Redbull
Deus Ex (the videogame)

I would probably start working out like crazy and practicing my bowhunting skills. Life without electricity sounds pretty brutal – so I guess I would need to get my hunting and gathering skills up to bar.

I actually think the internet is ruled by 15 year olds. The more you realize this the more sense the internet starts making as a whole. Some parts belong to cats however… for now.

I think Joe Rogan has had a huge impact in my life. He makes these 3h long podcasts ( about twice a week) where he has these intimate conversations different people. I started listening to him when he had a couple of hundred followers more than 10 years ago. Now he has about 2 billion downloads a year and has sparked an entire new genre of media form. Spending that much time consuming his content has really influenced my life decisions without me even acknowledging it until now.

Batman obviously – I mean who wouldn’t want to drive around in a tank, wear cool capes all the time and get served by your personal butler. Being a rich playboy by day doesn’t sound too bad either.

A lot of companies seem to forget that social media is about being social. Failing to build empathy with your audience and using “company/business speak” on your social media builds barriers between you and your audience. Your customers need to be able to relate to you and your message. Part of that is making yourself vulnerable to criticism on purpose and admitting your failures sometimes. Perfection is boring and unrelatable.

Deciding you are one. When you identify yourself as such, then you will naturally pick up the habits of one. And learn to google really well – that’s my second tip.

Hustle like you’re ugly. About 20% of your actions will have 80% of the effect. Learn to be okay with that and always find ways to improve. If something seems like magic, then you just don’t understand how it works yet. A quick and easy trick is to find topics that polarize your audience – polarizing topics create conversations and conversations build relevancy for your brand.

A picture to describe a social media hero 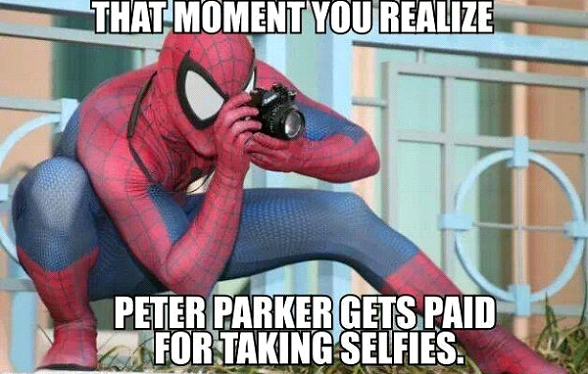 Check out our previous heroes at https://7blaze.com/tag/social-media-hero/